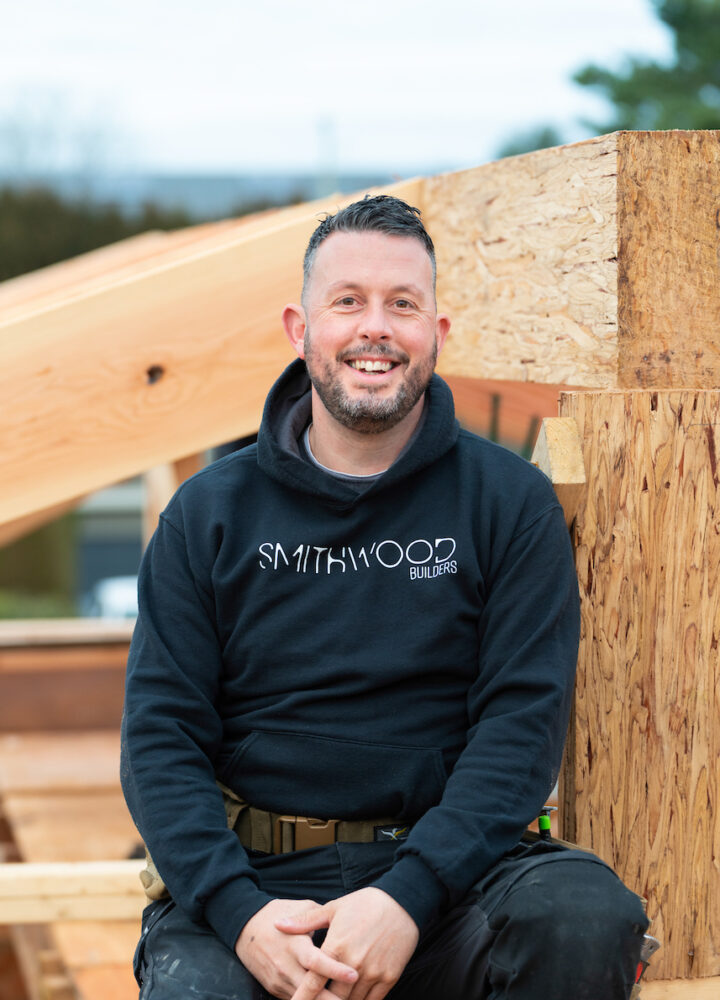 Like father like son, Matthew Pithers began his carpentry career at the age of 16.  He worked alongside his father during summer months learning the family business.  His father, “the best joiner I’ve ever worked with” says Matt, gave him the confidence to start his own Construction company from 2014 to 2020.  Before that he earned his National Vocational Qualification (Canada’s equivalent to Red Seal Endorsement)  in Guilds Carpentry/Joinery from Barry College in Cardiff, UK.  Matt gained more experience working for residential construction companies, pub and bar fitters,  housing association building companies and dabbled in Insurance before venturing out on his own.  In 2020 Matt moved to Canada where he joined the Smithwood team of Carpenters.  He has been an asset to the company bringing his vast knowledge from the UK.  Back home Matt has a young-adult son who he misses dearly.  His mission in life is to visit him as much as possible.  In between those visits Matt can be found surfing in Tofino, fishing in BC, playing Rugby or risking the sport of Motor Racing.