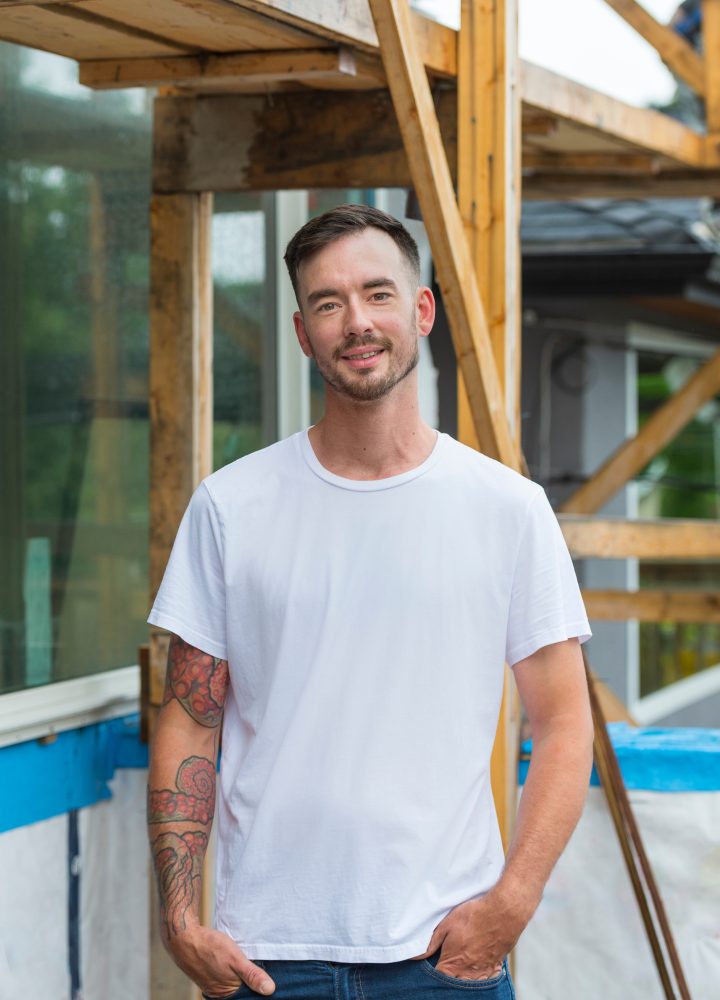 Charles Jackson grew up in London Ontario and moved West soon after graduating.  Settling in British Columbia, he worked his way through the restaurant industry starting in restaurant management and finishing his career as a top chef for The Capital.  A few highlights; working with Rob Feenie and running the line for the celebratory dinner for Top Chef Canada winner, Matt Stowe.  Needing a change. He took note of his education in woodworking and decided to focus on becoming a master builder.  Charles started framing houses and soon moved into formwork carpentry for high rise developments. He has had the pleasure of working on iconic Vancouver towers such as Vancouver House, The Arc, Brentwood Towers and Arbutus Mall. Currently he is pursuing his Red Seal Carpentry Certification at BCIT.  In his spare time Charles and his wife spend their time outdoors, hiking, mountain biking, or paddle boarding.  He is very devoted to his 15 year old cat, named Turkey; a pretty fitting name from a former chef.